In accordance with the Standard Model of particles and fields, there was a believe that the antimatter is an exact mirror of matter and all nature phenomena are invariant under the conjugation of charge (C), parity (P), time reversal (T). This statement formally is enclosed in the CPT theorem which is valid for local, Lorentz-invariant quantum field theories. Moreover, the CPT theorem implies the equal amount of matter and antimatter in the Universe. However, the experimental observations show a complete absence of antimatter (visible only as reaction products in cosmic rays) and dominance of matter in the observed Universe. The reason for this matter excess has not been discovered yet. Thus, particularly interesting are studies of particles and antiparticles properties in order to contribute in an explanation of this phenomena, and also experimentally test predictions of the CPT theorem.

Particularly, this could be accomplished by investigating the possible spectroscopic differences between the antihydrogen and the hydrogen atoms. Such spectroscopy could compare at a higher precision than the most stringent CPT test with leptons and baryons, and cold trapped antihydrogen atoms would also allow for precise measurement of the gravitational interaction between matter and antimatter.

One of the groups, which conducts research in this field is international ATRAP collaboration. Scientists from United States, Germany, Canada and Poland, together are conducting research at the European Research Center for Nuclear Physics, CERN, on the border of Switzerland and France. The main gaol of ATRAP collaboration is to compare the properties of the hydrogen atom consisting of a proton nucleus, and an electron in orbit around the nucleus, with the properties of antihydrogen atom having antiproton nucleus with a positron (anti-electron) on its orbit. According to current knowledge both atoms should have by same physical properties. One possible method of comparison of the two atoms is by utilizing the laser spectroscopy, which allows to examine their internal structure. Spectroscopy is based on using a laser, which induces excitation of the atom, and then after short time, registering light emitted from the process of the de-excitation of the atom. If the atoms and anti-atom would be the same, also their inner structures should be identical, which would mean that the radiation emitted from excited atoms and anti-atoms should be the same. 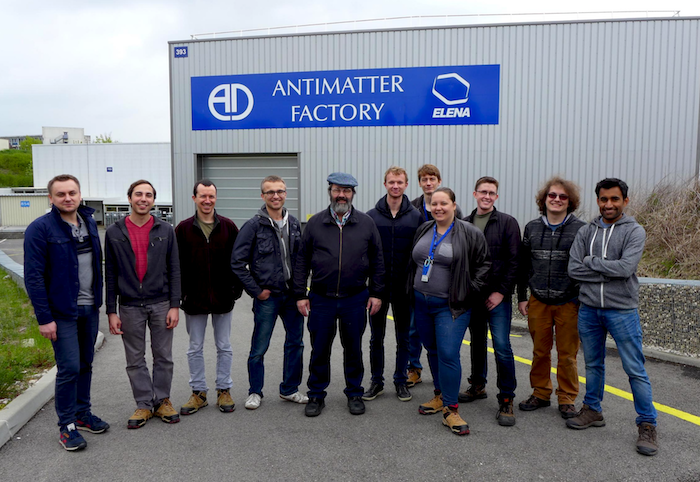 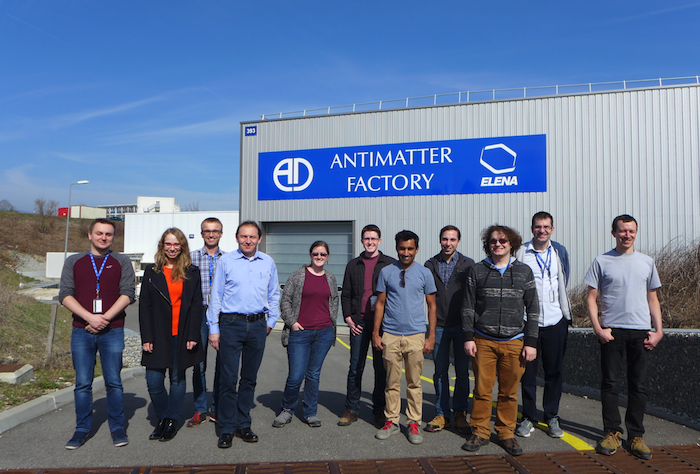 The ATRAP group uses apparatus, which consists of devices capable to produce antihydrogen atoms, and their trapping for sufficient time enabling to study it with spectroscopy method. Anti-hydrogen atoms are produced inside the Penning trap comprised of the electrodes to which the electric field is applied. The process of antihydrogen forming, uses the antiproton cloud (coming from the antiproton decelerator AD) and positrons (supplied from the source of radioactive sodium 22Na). Produced anti-atoms are electrically neutral, and thus one needs to trap them using magnetic field gradient, to avoid its annihilation with the trap walls. One of the important results which was achieved by ATRAP, was to demonstrate production of 105 atoms of antihydrogen in a ground state, which is sufficient number to perform the spectroscopy. 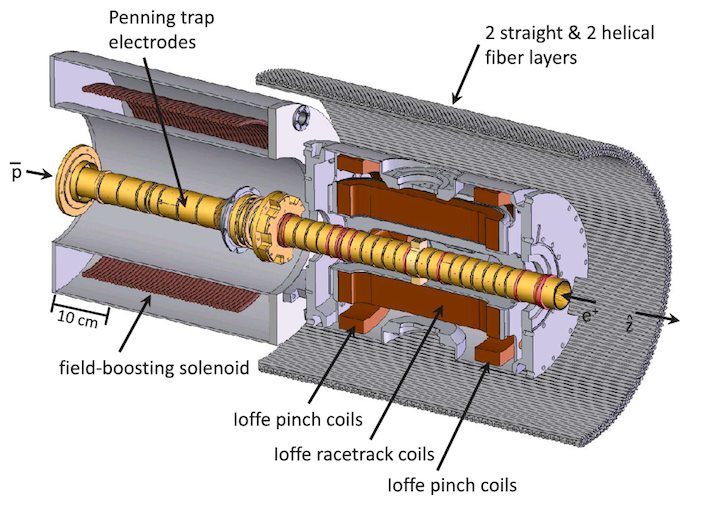