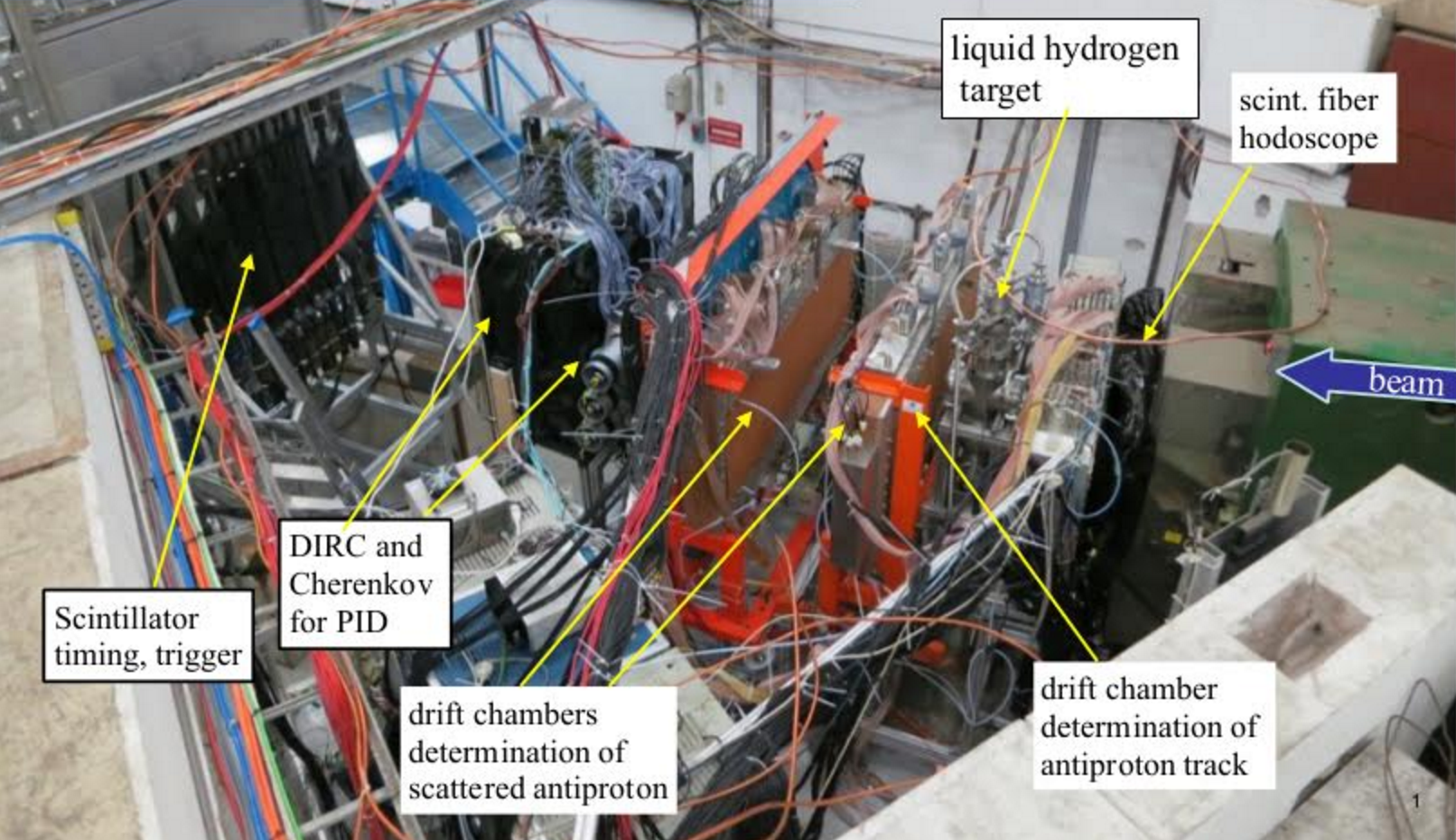 As the particles from the collisions of the high energy unpolarized protons show a significant degree of polarization, therefore it is supposed that this occurs also during the antiprotons production. The aim of the CERN-P349 experiment is to perform the first experimental verification of this hypothesis and therefore to clarify whether the production process of antiprotons creates some polarization or not. If so, that would be a first step towards preparation of the polarized antiprotons beam for further studies.

The polarization was measured by means of the antiprotons scattering process with known and sufficiently high analyzing power. The suitable conditions were obtained in the T11 beam line at the Proton Synchrotron complex at CERN. The T11 beam line delivers the secondary particles at a laboratory angle of about 150 mrad and can be adjusted to momenta of up to 3.5 GeV/c for positively or negatively charged particles. According to the analyzing power value predictions, the relevant laboratory scattering angle for the asymmetry measurements is between 10 to 20 mrad.

The whole experimental setup was operated in the air and consisted of (schematic view of the experimental setup is shown in Figure bellow): start detector for timing and trigger generation, scintillator fibre hodoscope for the beam profile determination, the set of three drift chambers for the tracks reconstruction, liquid hydrogen analyzer target, Cherenkov detector included as the trigger veto for the online discrimination of the expected high pion background, DIRC for the offline particles determination and another scintillation hodoscope for the trigger and p / л- distinction by the time of flight.

Up to now there were two successfully completed measurements: in December 2014 and in June/July 2015. The data analysis is in progress.

Work of the P-349 Krakow Group is coordinated by Dr Marcin Zieliński.